Bryce Young, a Mater Dei Alumni and the youngest player in NCAA Division I football history to win the Heisman Trophy, is one of the most accomplished athletes in recent memory. In his final season at Cal Lutheran University, Bryce finished with 2,535 passing yards and 18 touchdowns for a total offense ranking second nationally. On top of that he set school records for career touchdown passes (35), career wins by a starting quarterback (33) and led Cal Lutheran to their first-ever playoff berth since joining NCAA Football Bowl Subdivision ranks in 2011 as an independent institution. 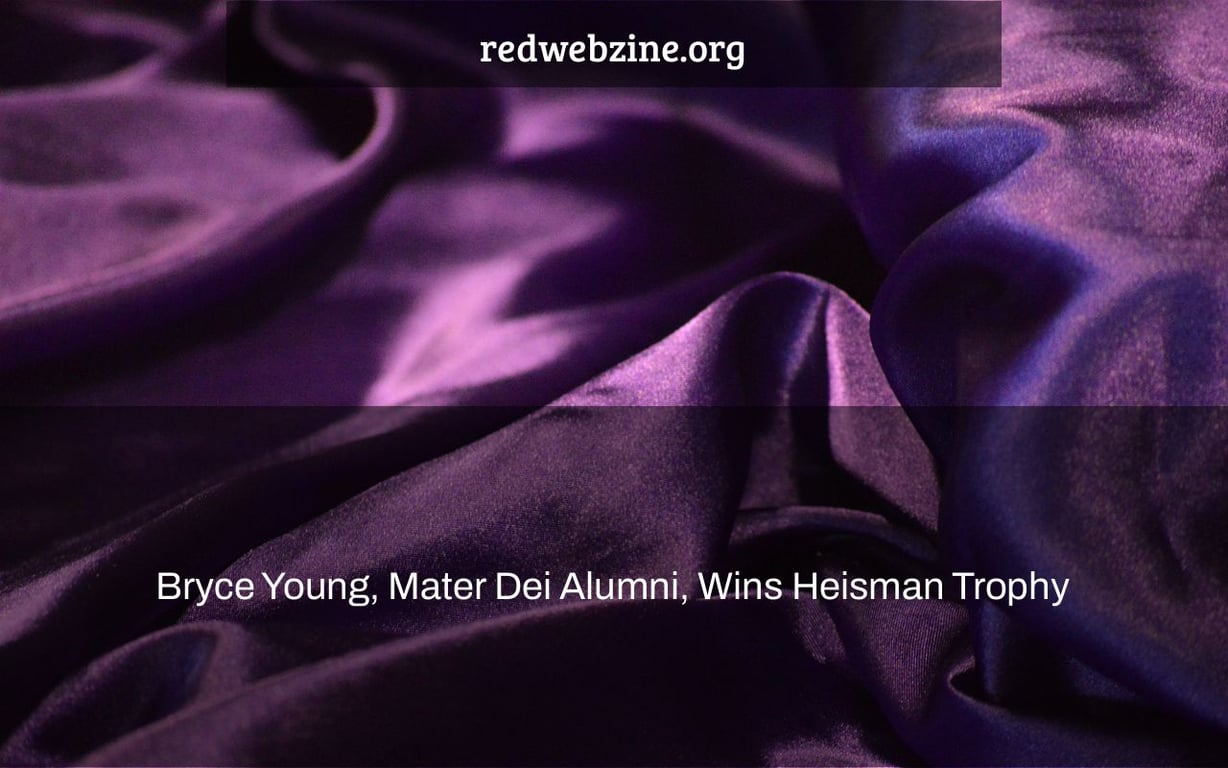 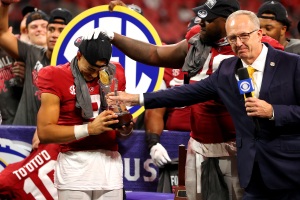 Following DeVonta Smith’s triumph in 2020, Young is the second Alabama player to win the award in a row. He is, however, the first quarterback from Alabama to get the honor.

He received 684 first-place votes, accounting for 83 percent of all first-place points available — the seventh-most in NCAA history.

Young was modest, thankful, and composed in a news conference after the announcement of his victory, just as he had been all season:

“When you receive an award like this, it’s not an individual honor; it’s a team award because I couldn’t have done it without the help of any of those men.” I’d want to express my gratitude to Coach Saban. Thank you for having faith in me. Thank you for your advice and for placing me in circumstances where I can succeed and where we can all succeed as a team.”

Young led Alabama to an SEC Championship over the No. 1 team in the country, the Georgia Bulldogs, passing for 421 yards and three touchdowns while also running for one score in the 41-24 triumph. Alabama finished the season with a 12-1 record, and the Crimson Tide are presently rated No. 1 in the AP Top 25 as they prepare for the College Football Playoff.

The week before, Young had his most memorable triumph against Alabama to date in the Iron Bowl, which pitted cross-state rivals Alabama and Auburn Tigers against one other. Young concluded a 97-yard drive with a 28-yard touchdown throw to send the game into overtime with less than two minutes remaining in regulation. Young provided the final touches on a two-point convert that would wind up being the game’s decisive factor after four overtimes.

Young was also voted Associated Press Player of the Year and received the Maxwell Award for finest all-around college football player and the Davey O’Brien Award for top collegiate quarterback in the country. 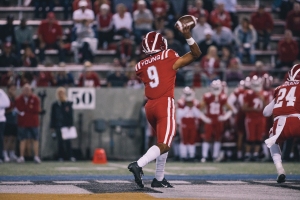 Young achieved a five-star quarterback rating and was named the second-best high school talent in the country while at Mater Dei. He participated in 52 games over the course of his four-year career, accumulating 14,334 total yards (13,250 passing/1084 running) and 178 total touchdowns (152 passing/26 rushing). During those four years, his total QB rating was 134.3.

After John Huarte in 1964 and Matt Leinart in 2004, Young is the third Mater Dei alumnus to win the Heisman Trophy.

MORE NEWS: The USC-Cal game has been rescheduled after more Cal players tested positive for COVID-19.

Alabama will now play the No. 4 Cincinnati Bearcats in the Goodyear Cotton Bowl, one of two College Football Playoff Semifinal Games, on New Year’s Eve at 12:30 p.m. Pacific Time.